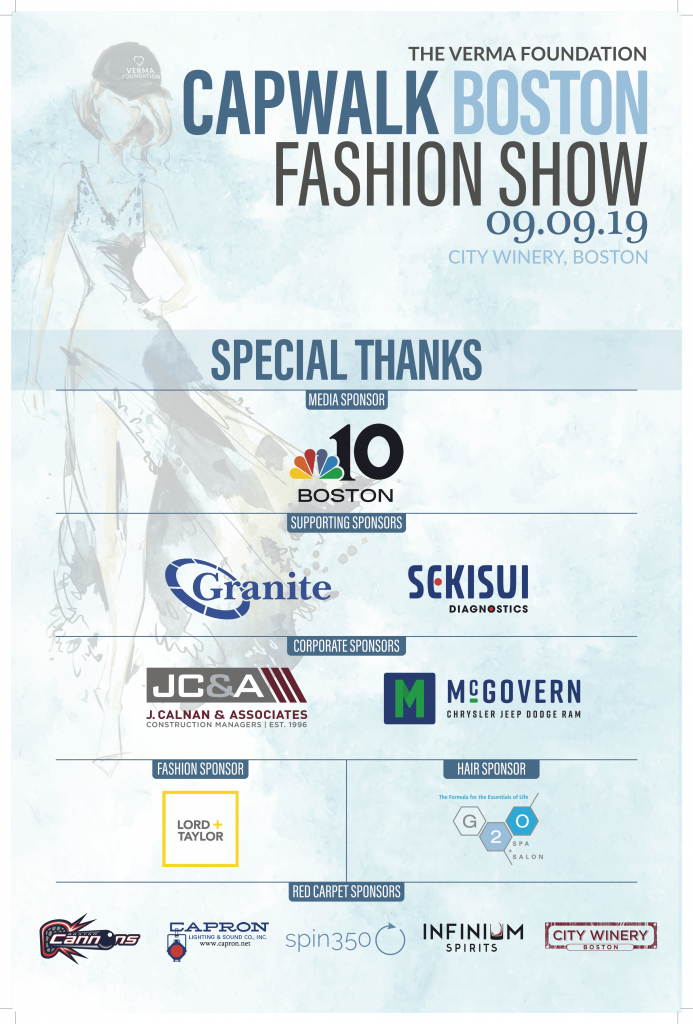 On Monday, September 9th, the Verma Foundation hosted the 2nd Annual Capwalk Boston Fashion Show at City Winery in downtown Boston. The event was a star-studded evening that raised close to $60,000 to help patients battling cancer.

More than 150 guests gathered around the “capwalk” to watch cancer survivor models show off their blinged out cap wigs and the latest fall fashion from Lord & Taylor. The wigs were styled by G2O Spa+Salon. Each woman was escorted down the runway by a celebrity model. Our youngest model was just 4 years old, Paisley Benjamin. She is currently battling leukemia in Boston. In addition to co-founder and 9NEWS Denver Anchor Natasha Verma, there were a number of celebrities in attendance:

Natasha put together a team of volunteer ambassadors which all cancer survivors and recipients of a cap wig during treatment. The ambassadors did a great job working the room, building awareness about the brand and getting guests on board to bid on the huge variety of auction items that ranged from a signed J.D. Martinez baseball and Red Sox tickets to priceless experiences.